Why HTML5 Made Me Go Back to School 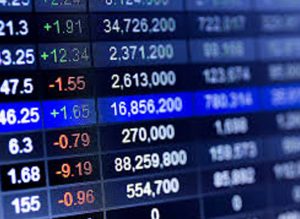 Once about a decade back I was sitting in a meeting with a financial services client of mine discussing security as it related to a digital signage project I was working on for them.  I had been contracted through the marketing team and I spent little time thinking about anything beyond selling software seats for this digital signage platform I was well accustomed to working with.  At the time, there were only a few good DS platforms on the market and the licensing costs were substantial and I made a very good living on selling software alone.  The ability to do character generation without a full blown editing suite was pretty revolutionary, I was able to make some very nice animated content with a few tricks up my sleeve and accordingly, I garnered good money for my services.

Along came Flash and it was clear that websites were no longer static, rather websites were popping up with really crazy landing pages which took minutes to load but were pretty neat once they finally buffered and ran.  For the time, there was enough boundary between my livelihood as a digital signage integrator and web developers for me to feel comfortable.  That false sense of security was going to change before long.

With the release of HTML5, responsive & animated websites had totally blurred the lines between digital signage and the web.  A whole slew of young Javascripters suddenly had all the relevant skills to make the same interactive experiences that I had done previously on my digital signage platform in years prior.  I was in danger of becoming….irrelevant.

So in 2014 at the ripe young age of 38 I found myself embarking on the second chapter in my professional career, as a web developer.  The skills I gleaned in the years prior made the transition fairly simple, but learning a new language as an adult was no simple challenge.  The need to stay abreast of current technologies was the impetus for this professional growth, and I can only help but wonder what lies in store for us in the next decade.