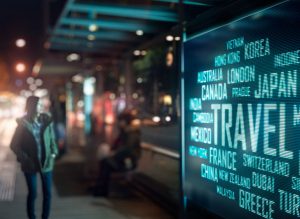 Admittedly, in my profession I am a hardware sort of a guy.  First and foremost, I BUILD things.

It had been more than 15 years that I was working in the AV field before I had the opportunity to fully grasp the importance of content creation and how complementary it was to my vocation.  I was always focused on making hardware decisions in order to give my clients the best technical offering, and I often left them to their own device when it can to post sale creative strategy.

During an out of town project installation I had the opportunity to have dinner with the head of a highly regarded agency.  We were working for our mutual client in a collective effort and decided to treat ourselves to a nice meal to celebrate the successful completion of our work.  My dinner date was quite the gastronome and insisted on treating me to a special meal at a place in NYC before I flew back to San Francisco the following day.

My friend suggested the tasting menu and instructed the sommelier that we would like to have a suggested wine pairing of his choice.  He conversed with the sommelier in an unfamiliar dialect of “foodie”, a language which was greek to me as they spoke of the courses with colorful adjectives.  In the end they settled on what the wine experience would entail and my host promised I would be amazed.

As expected, each course was better than the next.  Over the course of the evening we talked about what our participation and preparation had been like in getting our work ready for our shared client.  I had no idea the amount of time, effort and thought had gone into the creative content which went on the displays I built and for the first time I grasped that my work was only as good as the content which was displayed on it.  I had always taken for granted the importance of the creative process, I just assumed that after I built my displays, the graphics magically appeared I guess.

The evening I had one of the best meals of my life.  I also learned a valuable lesson in my professional career: like a good wine/meal pairing, the best AV installation is only as good as the creative it displays.